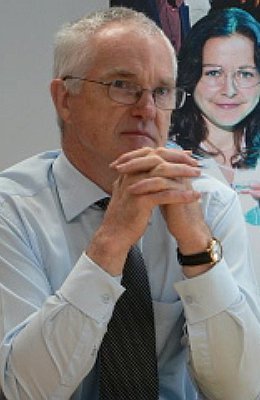 Toss Gascoigne helps organizations establish their strategies, organise events and communicate the results of their work.

He has extensive experience in training researchers in media and presentation skills, developing communication plans, and the art of successful collaboration. His clients include CSIRO, CRCs, universities and state and federal Government Departments.

He works at the interface between people working in research and tertiary education, and policy makers in Parliament and Government.

Toss devised and organised the Science meets Parliament event in 1999, and has run five such events for scientists and technologists and four for people working in the humanities, arts and social sciences.

He has served as Executive Director for FASTS and CHASS, two peak councils representing the interests of Australians working in research, education and practice.

In 2008 Toss organised a CHASS workshop on the future of the PhD. The workshop involved all the major tertiary bodies, and resulted in an agreed set of recommendations for Government and the universities.

Toss Gascoigne is a consultant in the area of strategy, communication, training and event management, in the broad area covered by research and education at the tertiary level.

He is a co-founder and Life Member of Australian Science Communicators, and the inaugural President of the international Public Communication of Science and Technology Network (PCST).

January 2013: Researchers like their work but not the employment system in which they work. For many the reality is seen as a frustrating round of chasing grants and fellowships while trying to write papers and (for some) manage a heavy load of teaching and administration.

The Australian Council of Learned Academies (ACOLA) was commissioned by the Commonwealth Department of Innovation to investigate the career pathway for researchers in Australia, and Toss Gascoigne was asked to conduct the survey and write the report.
The report can be downloaded from the Research workforce strategy page of the ACOLA website.

Doctoral graduates left chasing dreams
Richard Strugnell, Dean of Graduate Studues at Melbourne University personally thinks Australia is producing too many PhDs. "We are training them on the assumption they are going into academia. But the majority won't. We just don't know where they end up." The Australian 16/01/2013.